This is a re-post of a post I wrote for the blog about two years ago this time of year. When I wrote it we had just hatched our first clutch of little chicks. It was an incredible experience and one that we have done several times since. Spring is my favorite season because it is hard to ignore the beautiful symbolism of re-birth and life that happens this time of year. 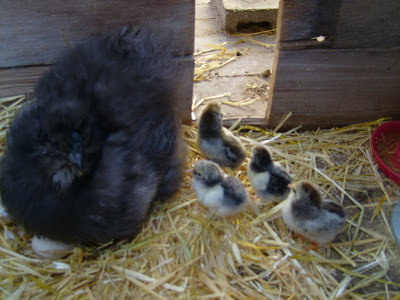 For my doula certification I had to sit in on a childbirth education class for a few weeks. During the course of the class,the teacher shared a story that one of her first time fathers shared with her. The young man was a cattle rancher and managed a large herd owned by a man who lived out of the state. For some reason, the owner of the herd was really terrified about the cows giving birth. He was certain that things were going to go wrong and that he would loose his cows. He told this young man that he needed to bring the cows close the barn when it was time for them to give birth.

The young man refused adamantly saying, “It is gonna bug em.” But the owner insisted and so when the cows were ready to calve the young man brought them in out of the far pasture where they normally calved and into a pasture closer to the barn. They hadn’t ever had any problems with the cows calving before but that year they had to do a c-section on one of the cows who was unable to birth her baby.

That made the owner even more afraid that something was going to go wrong with the births so he insisted that the young man bring the cows in the barn when they were ready to calve and into the cattle head gates in case they need medical assistance. The young man refused saying, “Now that is really gonna bug em.” Yet since he didn’t want to loose his job he drove the cattle into the barn when calving time came around. That year they had to do five c-sections and numerous manual assists; it was the hardest calving season the young man had ever had in all his experience on cattle ranches.

The next year knowing that the owner was going to want the cows in the barn again during calving season the young rancher drove the entire herd up to the pasture furthest away from the barn and left them there. He purposely waited until the very end of calving season to go up and check on them. There he found that all the cows, even those who had had c-section the previous year, had all given birth safely and without assistance.

I can’t help but wonder how different women’s birth outcomes and experiences would be if they were allowed to just simply give birth—without all the commotion, without all the machines, without all the checking, poking, prodding, and control that goes on in many birth rooms. What if women were sent out to their “farthest pasture,” a place beautiful, full of good food, surrounded by loved ones who had faith in them, and were allowed to let the natural process of work like God designed it to. How different would our perspective of birth be then?

I’ve also had another experience this week that has turned my thoughts towards birth. My hen, who had been sitting on seven eggs for the last three weeks, just hatched four little beautiful babies. It was such a beautiful thing and the doula inside of me was having a hard time between knowing I should step back and let the natural process unfold and wanting to see the whole thing happen. The doula in me won and left the hen alone as much as I could.

In the end I only got to see one of the chicks hatch from its shell, and it took a really long time. I’ll admit that a part of me wanted to reach down and pull away part of the shell from him so he could come free. Yet, I knew from high school biology class that the motions a chick goes through pecking and wiggling out of it’s shell is vital to it’s development and therefore survival. If it isn’t allowed to do it by itself, then it won’t thrive and often dies. So, as much as I wanted to help the chick I just let things unfold and eventually that little chick did it just fine.

As I watched this little chick fluff out its feathers and run around the brooder box I couldn’t help but wonder why we seem to have so much more faith in a chicken’s ability to be born than we do a human baby. Humans are the greatest of all God’s creations. Unlike any other creatures on this earth, we are created in the image of God. We alone have the ability to reason and to make choices just as the Gods do. We are Gods and Goddesses in training and have so much divine potential. Why is it then that we mistrust women’s bodies so much? Why do we have more confidence in a cow’s ability to give birth than we do a potential Goddess’s?

I have a great testimony of women’s innate divine power, physical and spiritual. I know that if we tap into this power and if we have faith in God’s natural plan, birth gives us an incredible opportunity to reclaim and rediscover the powerful connection between our bodies and our spirits.

She Did Not Know Fear: Jane Johnston Black

I found exactly what I needed…

This site uses Akismet to reduce spam. Learn how your comment data is processed.